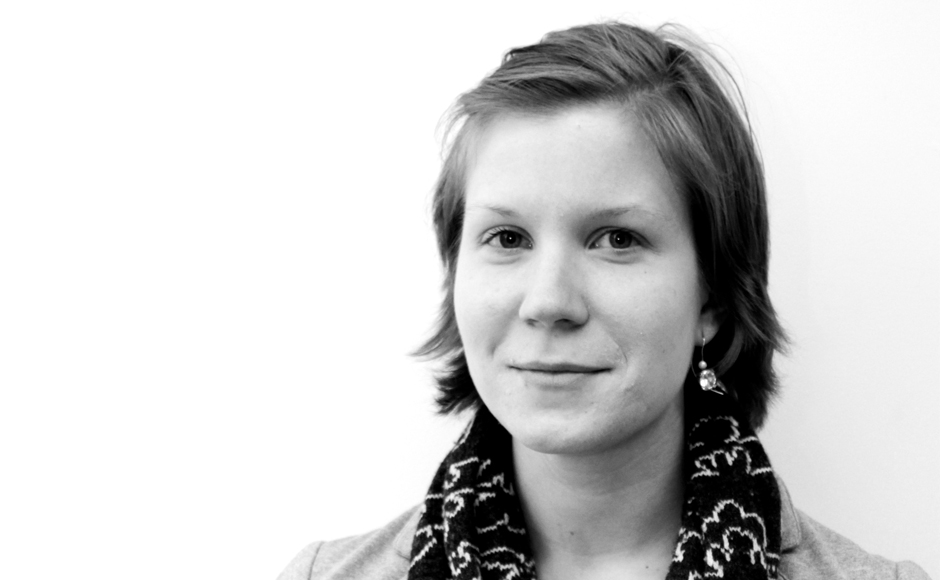 As Potion’s senior designer, Emmi Laakso relishes in discovering what an experience wants to be through rigorous research and concepting. Classically trained in print design, typography, and design-thinking at the Rhode Island School of Design, Emmi began her career as a freelance game designer working at Hasbro. She was drawn to the challenge of creating “fun” experiences and interaction design has been a passion of hers ever since. Her work at Potion, such as the Richard Avedon App, has allowed her to follow that passion further than she could ever imagine.

Emmi has also worked as a freelance print designer and illustrator, produced interface design for financial software, and co-authored a published scientific study on gender in language. In her spare time, Emmi enjoys drawing, reading, exploring, and interfacing with nature. From March to September 2015, she solo hiked the Appalachian Trail (2189 mi / 3522 km).

Emmi is a native Finn from Rajamäki, near Nurmijärvi, and is currently based in New York City.

Nature’s Notifications: What technology can learn from a buzzing bee and a thunderclap.